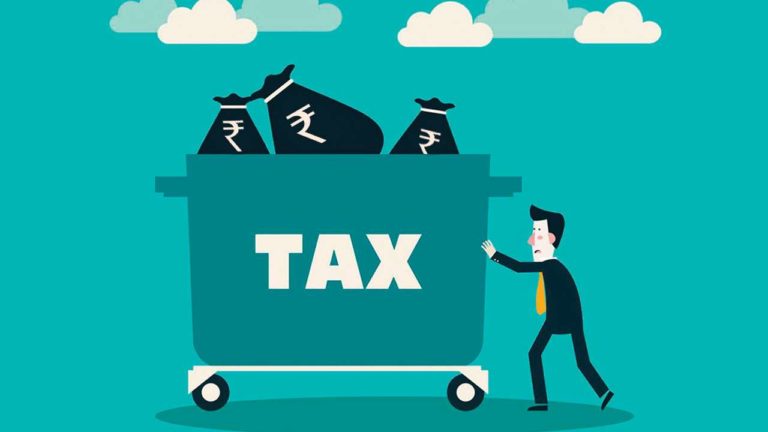 Under the purview of the Pakatan Harapan government, the Inland Revenue Board (IRB) is going all out through the utilisation of enormous information examination online to grab those with riches and wealth that can’t be matched to their tax returns on income disclosure.

The IRB has the “authority” of more than 100 jurisdictions, as it is a signatory to the Convention on Mutual Administrative Assistance in Tax Matters (CMA). This will widen its reach in exchanging information, as well as prevent and investigate those taxpayers who are into tax evasion and fraudulent activities.

The government has been exchanging a large amount of information with tax counterparts overseas through the Organisation for Economic and Cooperation and Development’s (OECD) Automatic Exchange of Information (AEOI) portal.

According to former directorgeneral and CEO of the Inland Revenue Board (IRB) and current tax chairman of McMillan Woods Tax Services Sdn Bhd, Tan Sri Mohd Shukor Mahfar, this sharing of information was in the past only upon request but is now being freely shared according to the agreement, so this should make the IRB more efficient in nabbing tax evaders.

Shukor opines that aside from the foreign taxation authorities, the IRB would incorporate information from the Road Transport Department, Customs, government-connected organisations, various offices, social media, newspapers and magazines to track individuals’ riches right down to one’s vehicles, organisations and property possession.

With this information, the IRB would identify which taxpayer should submit a tax return and who had submitted it incorrectly or incompletely.

According to current IRB CEO Datuk Seri Sabin Samitah, the board had so far found nearly 80,000 citizens, corporations, associations and partnerships with unusual riches but had avoided disclosing their actual taxable income or had underdeclared it.

The IRB stresses that if anyone has more than three branded cars, properties and funds located overseas, it will send a notice under Section 79 of the Income Tax Act to disclose the source of funds to purchase such luxurious assets. Individuals who received this notice must respond to the IRB in a month.

Failure to do so is an offence under Section 120 of the Income Tax Act resulting in a fine of between RM200 and RM20,000 or jail term of up to six months or both.

The government is committed in recouping the outflow of money and has given tax evaders seven months to come forward with their “ill-gotten” or undisclosed gains by means of the Special Voluntary Disclosure programme between Nov 3, 2018 and June 30, 2019 as was announced in Budget 2019.

This programme covers voluntary disclosure and payment within the stipulated period on:

Such information is only applicable for income reported or gains on disposal of assets for the year of assessment 2017 and preceding years as well as instruments not stamped after six months from the stamping period and also covers cases under tax audit and tax investigations.

The government has abolished the National Revenue Recovery Enforcement Team (NRRET), which was originally formed to visit the taxpayer’s office premises or private residences to deliver the outstanding tax notices.

According to Mohd Shukor, based on his experience when IRB implemented a similar programme in the past, this programme should have been a success and increased the tax collection revenue for the IRB but the penalties were not stiff enough to compel errant taxpayers from coming forward.

However, the current harsher programme, imposing a much higher penalty than the previous programme, would entice these “defaulters” to self-declare their understated income in return for lower tax penalties.

Nonetheless, the higher penalties may be unfair to those who are being imposed with additional taxes due to technical adjustments through no fault of their own.

The implementation of the special voluntary disclosure programme will help the government recover undeclared taxable income to help boost the economy as the country is in the process of closing the deficiency arising due to the shift from the Goods & Services Tax (GST) to the Sales and Service Tax (SST) regime. I must confess that I have always been in favour of the GST regime subject to some modifications such as a change of GST rate etc.

But then given that the GST has since been replaced with the SST, it must have given taxpayers a breather as the cost of administrative work, among other cost considerations, must have helped tremendously in running a business. With this tax amnesty period, I believe there will be many wealthy Malaysians who might voluntarily join the special voluntary disclosure programme and disclose their hidden income and assets located abroad either in safe tax havens or at home and this may well imply that a lot of the wealth would be disclosed since they control the nation’s riches.

I feel strongly that the introduction of data analytics will make it harder for Malaysians to escape paying the right amount of income tax since the IRB can trace an individual’s background more efficiently compared to the past. Furthermore, IRB has already started to espouse the use of Big Data technology to identify and pinpoint tax dodgers with sufficient information collected from this system. This may lead Malaysians to think twice if they have plans to evade paying taxes by underdeclaring their income.

Certainly, the use of the Big Data system will enable the IRB to not only capture but to analyse this invaluable information via the taxpayers’ personal spending, property ownership but most importantly, their lavish lifestyles which are often reflected in the social media like Instagram and Facebook, newspapers, lifestyle magazines to luxury yachts and flashy cars.

In addition, there are now more willing whistleblowers and/or third party information being disclosed to the IRB, perhaps out of spite or jealousy. The biggest fear faced by any taxpayer is the shift from incomebased source to expenditurebased source of taxation regime, as such a move will capture any expenditure incurred from the “informal” or shadow economy.

To me, if the IRB can capture information on this shadow economy, there will be much higher tax collection to fill the government’s coffers, not forgetting that these illicit trade and fraudulent activities are rather rampant, like smuggling cigarettes and alcohol beverages and drinks.

A tax amnesty programme was introduced in Indonesia on July 18, 2016 with the main aim of improving tax compliance and encouraging the repatriation of offshore assets secretly stashed in tax havens such as Singapore, Panama, the UK, Hong Kong and the British Virgin Islands.

The lesson learnt here is that perhaps the penalty regime was only punitive – for example, if the taxpayer declared underdeclared assets before certain periods, then only 2% to 4% tax rate is applicable.

The longer the taxpayer waits to join the tax amnesty programme, the higher the tax rate. After the amnesty period, there would be tough penalties for tax evasion but no specific rates were quoted.

Unlike Indonesia, the Malaysian government spells out the hefty tax penalty after the amnesty period, hence such a move would encourage tax evaders to willingly declare their undisclosed assets and offshore funds with the intention of bringing them back to the country.