New York dropped its traditional crystal-encrusted ball to ring in 2020 in a packed Times Square, after crisis-marred celebrations in other countries ended a year of worldwide upheaval that saw strike-hit Paris welcome the new decade with fireworks and London’s Big Ben ring out after a long restoration.

NEW YORK: New York dropped its traditional crystal-encrusted ball to ring in 2020 in a packed Times Square, after crisis-marred celebrations in other countries ended a year of worldwide upheaval that saw strike-hit Paris welcome the new decade with fireworks and London’s Big Ben ring out after a long restoration.

Billions of people around the world cheered in 2020 after a tumultuous year dominated by demonstrations calling for political revolt and action on climate change. 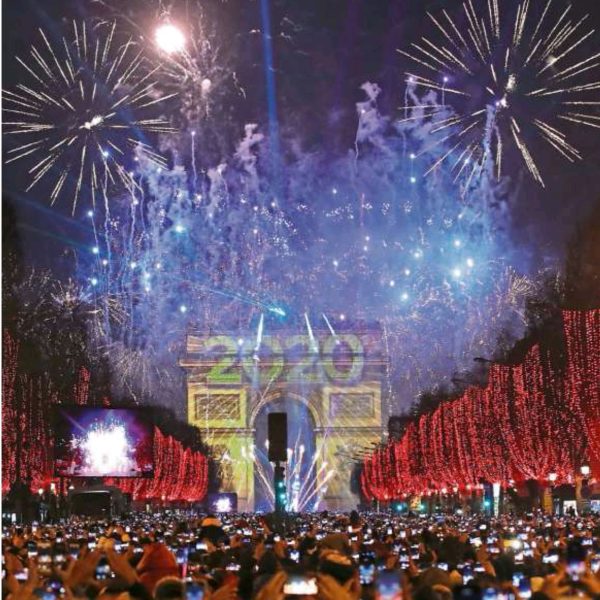 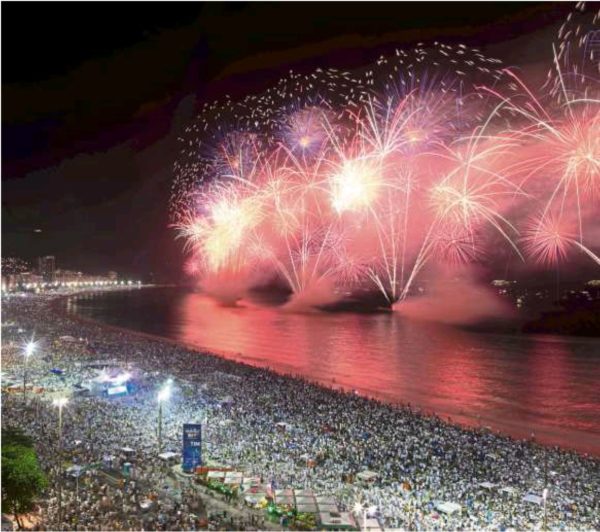 “I don’t think anybody thinks the world is in a good place and that’s one of the defining things of the decade. There’s a sort of overt pessimism. Even our pop songs are sad.”

Performers in Times Square pulled through nonetheless, as artistes, including feminist rocker Alanis Morissette, took the stage ahead of a highly anticipated performance by K-pop sensation BTS.

New Yorker Gabriel Rodriguez, 53, voiced gloom over society’s future but shared his way of coping: “I live day by day.”

Chile saw thousands of demonstrators gather at Santiago’s Plaza Italia – the epicentre of protests against President Sebastian Pinera’s right-wing government since October – to celebrate a “New Year with dignity”.

Most of them wore white as they listened to concerts and watched a traditional fireworks show at Copacabana Beach.

In the French capital, tens of thousands gathered on the ChampsElysees despite a gruelling transport strike that has spelled weeks of misery for commuters. 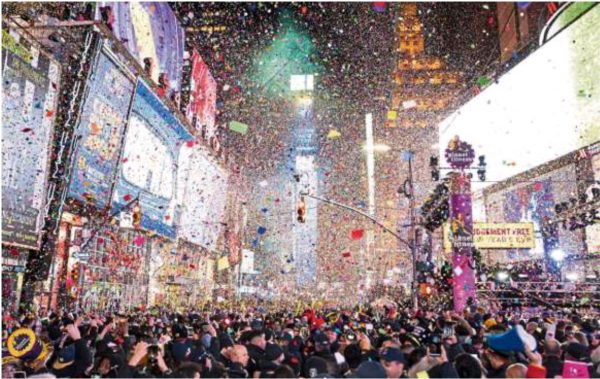 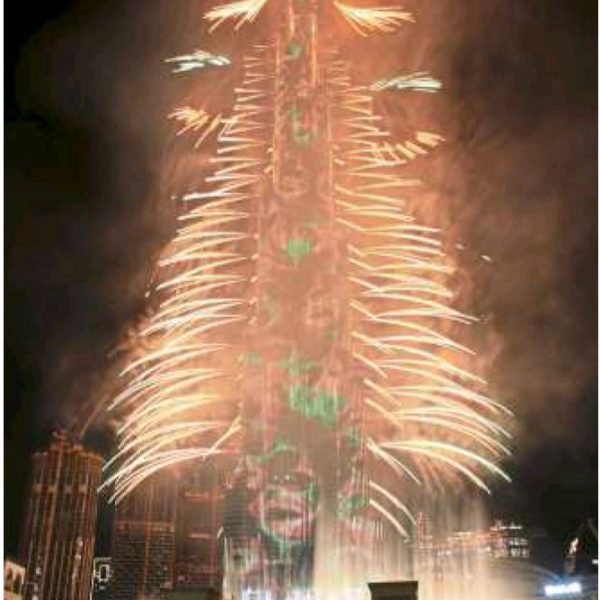 They came on foot, by bike, taxi – and a few by Metro – to ring in the new decade as a dazzling light show lit up the Arc de Triomphe.

In the British capital, thousands of revellers lined the Thames to watch fireworks fired from the London Eye for the last new year before Brexit.

Big Ben rang out 12 times after the bell had fallen mostly silent in 2019 because of renovation work.

It followed a year of political wrangling that led to the resignation of Prime Minister Theresa May and culminated in Conservative Prime Minister Boris Johnson’s pledging to leave the European Union on Jan 31.

As US-Iran tensions rose again in the Middle East, fireworks exploded in Dubai around the Burj Khalifa, the world’s tallest building.

In Abidjan, Ivory Coast, pyrotechnics reflected off the waters of the Ebrie lagoon.

Smoke-choked Sydney ushered in the New Year with an enormous fireworks display, despite a petition to cancel it that received more than 280,000 signatures as devastating bushfires raged across the country.

But the show did go on: over 100,000 fireworks lit up the skyline for hundreds of thousands of spectators thronging the city centre.

After more than six months of near-daily demonstrations, Hong Kong ushered in 2020 with tear gas and water cannons. Pro-democracy protesters took their movement into the new year with midnight countdown rallies and a massive march planned for yesterday.

Before midnight, thousands of protesters gathered across the financial hub, including along the waterfront of Victoria Harbour and at nightlife hotspot Lan Kwai Fong.

In impoverished North Korea, a large crowd that gathered for a concert in the centre of Pyongyang cheered as the clock struck midnight. Fireworks burst in the sky above a neon-lit stage hosting a tightly choreographed dance performance.

Across the border, South Koreans flocked to bell-ringing ceremonies – a traditional ritual marking the start of the new year – with thousands watching in central Seoul alongside performances by Korean pop stars.

In Moscow, President Vladimir Putin delivered his annual New Year address, 20 years after he was elevated to the presidency by Boris Yeltsin’s shock resignation in his 1999 end-of-year speech.

Russia celebrated the new decade over several time zones, with Muscovites flocking to the centre of the capital for fireworks over the Kremlin.