UK house prices jump by most in nearly six years 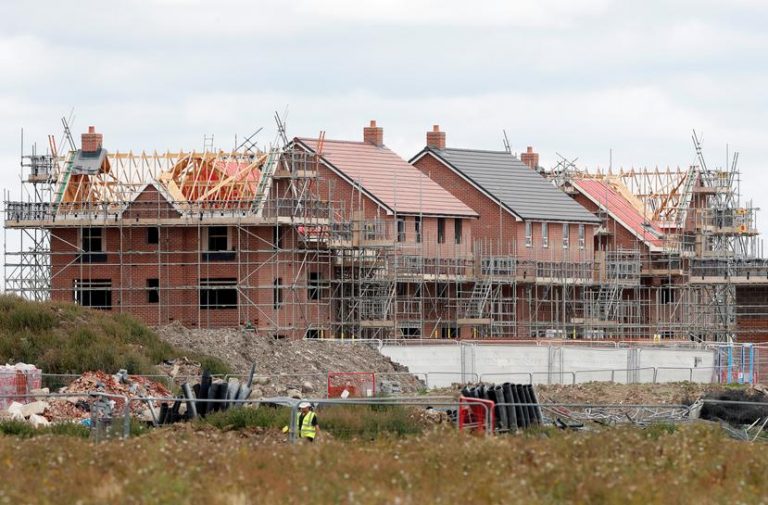 LONDON (Reuters) – British house prices rose by the most in nearly six years in November, mortgage lender Nationwide said on Tuesday, as a boom in the housing market accelerates while the broader economy struggles with coronavirus.

Prices rose by 0.9% from October, a slight acceleration in the monthly growth pace.

A Reuters poll of economists had pointed to a slowdown in the pace of increases.

Britain’s housing market has bounced back strongly from the COVID-19 shock in recent months, propelled by demand for bigger properties from people who were locked down at home in the spring and finance minister Rishi Sunak’s emergency tax cut for buyers that is due to expire in March.

Bank of England data on Monday showed mortgage approvals were at their highest in more than 13 years.

The strength in demand contrasts with weakness in the economy as a whole which is struggling again with fresh coronavirus restrictions.

“A relatively narrow cohort of well-off households, who already own their homes with little debt, seem to be driving the market with the savings that they have realised this year from working from home,” Samuel Tombs, an economist with Pantheon Macroeconomics, said.

The government might extend the tax break or announce a new mortgage guarantee scheme to prevent house prices from giving back some of 2020’s gains next year, he said.

“However, housing market activity is likely to slow in the coming quarters, perhaps sharply, if the labour market weakens as most analysts expect, especially once the stamp duty holiday expires at the end of March,” Gardner said.