China’s escalating viral outbreak may end up hitting Japan’s fragile economy harder than the SARS outbreak of 2003, according to economists. 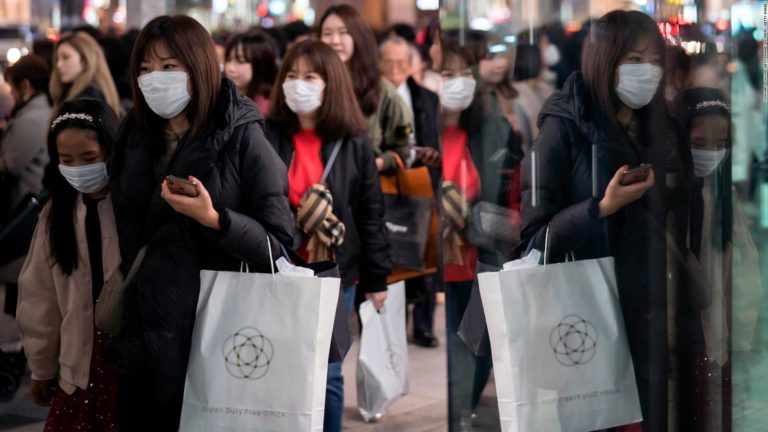 TOKYO: China’s escalating viral outbreak may end up hitting Japan’s fragile economy harder than the SARS outbreak of 2003, according to economists.

Tourism has become a much more important prop to Japan’s growth over the last decade, and Chinese tourists are the biggest-spenders. That’s why China’s decision Saturday to start blocking outbound tour groups to try to stem the spread of the novel coronavirus has some Japan economists concerned.

If the much higher visitor numbers now tumble at the same pace as they did during the SARS outbreak of around three months, Japanese growth could be cut by 0.2 percentage point, according to economist Shuji Tonouchi at Mitsubishi UFJ Morgan Stanley. Should the crisis drag on for a full year, it could shave 0.45 percentage point from Japan’s expansion, estimates Nomura Research Institute economist Takahide Kiuchi.

The outbreak, which has so far killed at least 80 people and sickened almost three thousand more, couldn’t have come at a worse time for China, which is in the middle of the Lunar New Year holidays, an epic travel period that’s usually the largest annual human migration in the world.

The timing is also bad for Japan, where gross domestic product is forecast to have shrunk 3.7% in the fourth quarter amid an export slump and a consumer-spending drought following October’s sales tax hike. Economists are expecting government spending to fuel a 1% rebound this quarter, but the coronavirus crisis adds a new downward factor.

“Given the Lunar New Year timing and the increase in Chinese overseas visitors with the rise of China’s presence, I expect the economic impact to be bigger, ” Shoji Hirakawa, a strategist at Tokai Tokyo Research Institute, wrote in a note to clients.

Japan’s tourism boom has been one of the few unambiguous economic success stories under Prime Minister Shinzo Abe. Aided by government steps to relax visa approvals, visitors to Japan have surged almost four-fold to 31.9 million since 2012, buoying sectors from cosmetics to consumer goods and hospitality and accounting for almost 1% of GDP in 2018, according to Tonouchi. – Bloomberg