AmBank Group Research expects the ringgit to reach RM4.10 to the US dollar by the end of this month, driven partly by positive trade news. 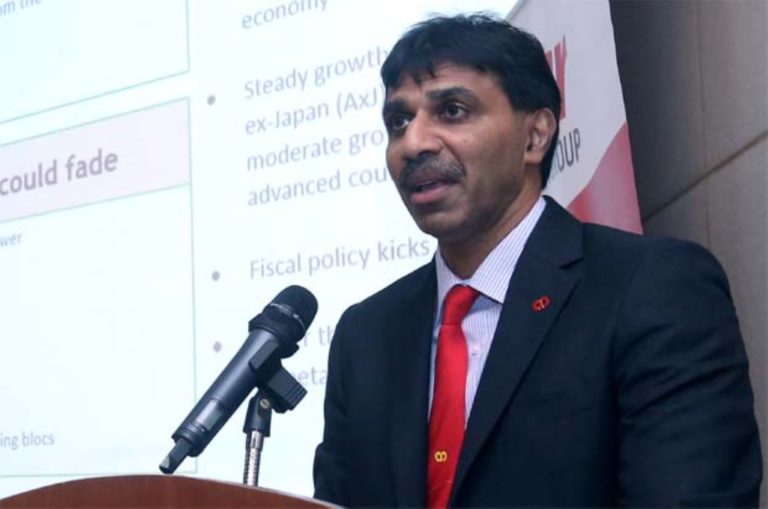 KUALA LUMPUR: AmBank Group Research expects the ringgit to reach RM4.10 to the US dollar by the end of this month, driven partly by positive trade news.

According to group chief economist and head of research Anthony Dass, the ringgit could touch RM4.05–RM4.10 by end-2019 as opposed to the research unit’s previous outlook of RM4.19–RM4.21 against the US dollar.

“However, should adverse noise emerge especially on trade news, it could see the ringgit easing back to the RM4.15–RM4.19 levels and the yuan to hover between 7.03 and 7.06, ” he added.

Anthony who is also adjunct professor in economics at University of New England, Sydney, noted that the main drivers for the ringgit would be trade news between the US and China since the ringgit tracks the yuan closely; and Bank Negara maintaining the 3% overnight policy rate with now a 40% chance of a rate cut in the first quarter of 2020 while still factoring in two-three Fed rate cuts.

He pointed out that the risk sentiment would still depend on whether the US removed the September levies; and the US played hard ball and expressed an unwillingness to shift on the levies.

Dass said the ringgit is being driven by two things at the moment.

Firstly, there is the improving US-China trade deal risk tone. The ringgit trades closely as a proxy for the Chinese yuan and the yuan has strengthened to below 7.00 against the US dollar on the trade deal optimism, and this has given the ringgit a boost.

Secondly, Bank Negara has maintained the 3% overnight policy rate (OPR) in a mostly unchanged statement but in contrast to September’s meeting, this time around the central bank has been more positive on the growth outlook.

Dass said these two factors would be seen as supportive to the ringgit.

“Further, if trade negotiations between the US and the rest of the world improve, that will improve global investors’ sentiment. With the US Presidential election on Nov 3,2020 and China’s National People’s Congress in 2023, President Xi would not want to see China weaken.

“Hence, we can expect some ‘sweetening’ with respect to trade deals, ” he said.

In November’s Monetary Policy Committee meeting, Bank Negara decided to maintain the OPR at 3% and the statutory reserve requirement ratio at 3.5%.

Hence, the current level of OPR remains accommodative and supportive to the economy.

However, growth will continue to be supported by private expenditure, along with the impetus from recent government proposals and initiatives.