Key players from industries most affected by the Covid-19 pandemic believe it could take much longer than the six months estimated by the government for the economy to recover. 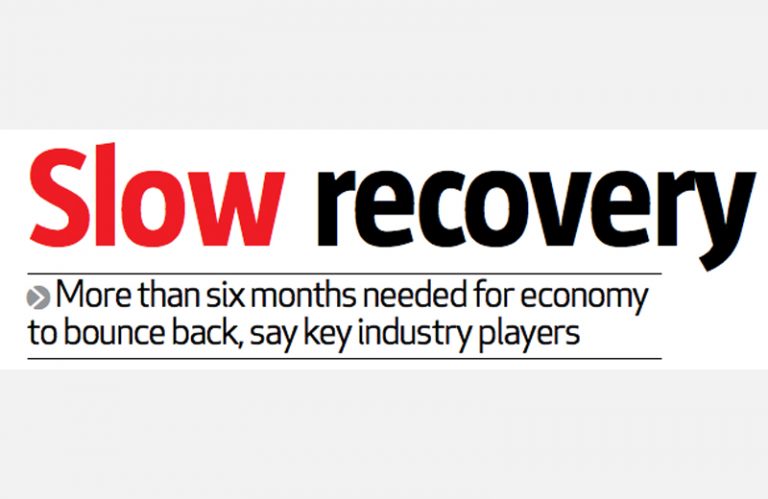 PETALING JAYA: Key players from industries most affected by the Covid-19 pandemic believe it could take much longer than the six months estimated by the government for the economy to recover.

Small and medium enterprises (SME), a huge contributor to the economy, predict it would take at least a couple of years for them to get fully up and running again.

Hoteliers, meanwhile, fear they will remain in the red for at least a year, while those in the travel industry feel that any turnaround would depend on how other countries deal with the outbreak.

They were responding to a statement by Minister in the Prime Minister’s Department (Economy) Datuk Seri Mustapa Mohamed that with the support of right strategies, the country could recover economically in just over six months.

Malaysia SME group chief editor Wayne Lim said while businesses would see improvements in the months following the crisis, there was no way the economy would return to its normal state in half a year, due to reduced spending power among consumers.

“If you talk about full recovery, it could take many, many years. This is because SMEs typically take a few years to build up their cash reserves.

“And these are unprecedented times, there is absolutely no income. Their savings would be used up and wiped out in just a couple of months (due to the Covid-19 outbreak),” he told theSun yesterday.

Lim pointed out that under the economic stimulus package announced by Prime Minister Tan Sri Muhyiddin Yassin last week, there seemed to be very little to offer to SMEs, and that this would eventually affect the employees most.

“A large percentage of employees will not get any form of aid as they do not qualify. So they are now expecting full pay by their bosses. The issue is most companies can’t afford to do that.

“When the government leaves the SMEs out (of the stimulus package), they are actually dragging the employees down as well,” he said.

The corporate adviser said the government should also subsidise between 30% and 50% of SME employee salaries and allow for a pay cut to ensure survivability, apart from reducing the income tax rate for the 2019 and 2020 assessment years.

“I am also pleading with the government to consider issuing a directive to all shopping mall owners to waive rentals during the movement control order (MCO), and to reduce their rates temporarily after the MCO.

“Finally, the government also needs to inject liquidity into the market to revive the economy. Government financial cash aid is urgently needed,” he said.

Malaysian Association of Hotels chief executive officer Yap Lip Seng said once the country gets past the Covid-19 crisis, the six months following that would only see a slight increase in domestic tourism, and minimal improvement in international tourism.

“This is not enough to cater to the capacity of hotels.

“But for hotels to make a profit again, it will take at least a year,” he told theSun.

Malaysian Association of Tour and Travel Agents president Datuk Tan Kok Liang said while it is possible for the economy to recover by January, this would very much depend on the situation in other countries.

“If Malaysia recovers from the crisis but most countries still face issues, we still can’t expect travellers to be coming here.

“The government can push for domestic travel, but the full impact will not be there. This is because Malaysia relies a lot on international travellers,” he said. – Bernama