Investors are turning their attention to prospects that higher taxes could threaten the rally in US stocks as President Joe Biden’s administration moves forward with its agenda and seeks ways to pay for its spending plans. 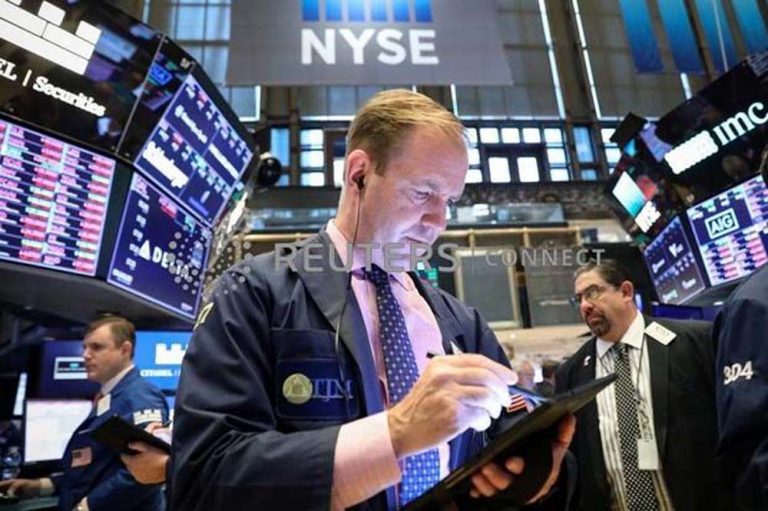 NEW YORK: Investors are turning their attention to prospects that higher taxes could threaten the rally in US stocks as President Joe Biden’s administration moves forward with its agenda and seeks ways to pay for its spending plans.

In recent days, investors have focused on a rise in bond yields that has pressured share prices, though indexes remain close to their record highs.

Nevertheless, some worry that at least a partial rollback of the corporate tax cuts that fuelled stock gains during the Trump era could eventually drag on equities, whose valuations have already grown rich by some measures.

“It is an issue, ” said Quincy Krosby, chief market strategist at Prudential Financial. “It’s going to be talked about as it becomes a reality. But the market’s focus right now is clearly on getting to the other side of this pandemic.”

The S&P 500 has gained more than 4% this year, with Biden’s newly passed US$1.9 trillion (RM7.8 trillion) coronavirus relief plan providing the latest fuel for the economy and the stock market.

The pace of the economic recovery and Covid-19 vaccinations will remain in investors’ focus this week, along with the rise in US bond yields that has pressured tech and growth shares and further supported bank and other value stocks.

During his presidential campaign, Biden pledged to raise the corporate tax rate to 28% from 21%, a proposal supported by US Treasury Secretary Janet Yellen. Investment strategists anticipate fierce opposition from Republican lawmakers to any such plan.

While Biden’s administration is working closely with members of Congress on how to fund an ambitious infrastructure package, plans have not been finalised, White House Press Secretary Jen Psaki said.

An increase in corporate taxes could bite into company profits, which are expected to soar this year as business rebounds from the pandemic.

A corporate tax rate rising from 21% to 25% could shave overall S&P 500 company earnings by between 4% and 5%, while an increase to 28% could cut them by 6% to 7%, according to Tobias Levkovich, chief US equity strategist at Citi.

“In theory, if you bought the market in anticipation of better earnings as a result of stimulus, you might lose that benefit from higher tax rates, ” he said.

The S&P 500 overall had a 17.54% tax rate as of the third quarter, with real estate having the lowest rate among S&P sectors at 8.06%. Technology, the biggest sector by market value, had a 14.76% rate, according to Howard Silverblatt, senior index analyst at S&P Dow Jones Indices.

A move to raise corporate taxes would follow former President Donald Trump’s drive to cut the rate from 35% to 21%.

“Are we going to give some of those gains back if we get a new tax bill? Yeah that’s quite possible, even likely.”

The potential of higher taxes on wealthy Americans is also drawing investor attention.

In a LinkedIn post, Ray Dalio, founder of Bridgewater Associates, the world’s largest hedge fund, said a wealth tax proposed by Senator Elizabeth Warren “will most likely lead to more capital outflows and other moves to evade these taxes.”

Warren earlier this month announced a bill she said would include a 3% tax overall on the net worth of those above US$1bil. White House Press Secretary Psaki, however, said this week that Biden’s tax plans differ from Warren’s.

Investors may be hesitant to price in risks before knowing the plan’s details, as well of the chances of it passing.

Some doubted that Biden would try to push through higher taxes while the economy recovers, or that he will have the same ease in passing tax increases as he did with his stimulus bill, given the slim majority his Democratic party holds in Congress.Jonathan Golub, chief US equity strategist at Credit Suisse, said the chances of tax increases coming this year could rise if the economy shows particular strength.

“The market in six-to-eight months from now is going to start getting more concerned about that, ” Golub said. — Reuters